The Man Who Melted 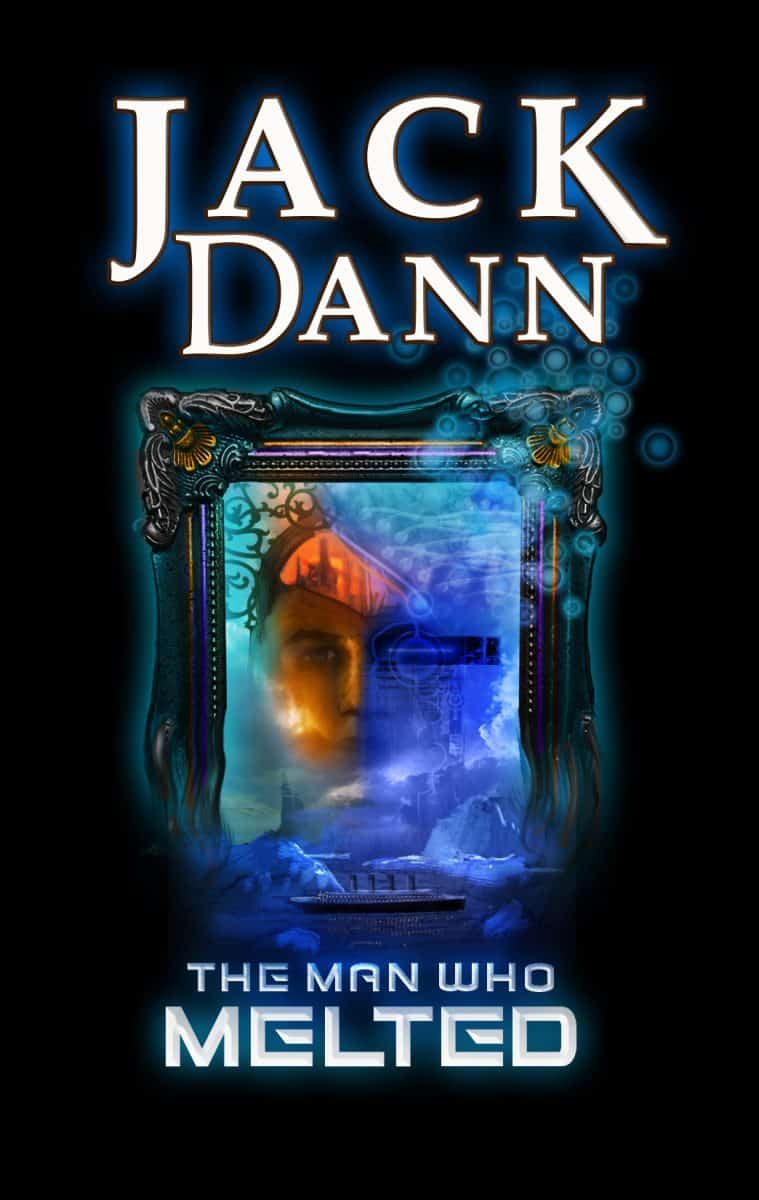 “On my personal list of the greatest SF novels of all time (available upon request), Jack Dann’s The Man Who Melted would be right up there—a beautiful, terrifying cri du mort for humanity and an absolutely unforgettable book.(Elizabeth Hand for Science Fiction Age)”

The Man Who Melted is a warning for the future. It is the Brave New World and 1984 for our time, for it gives us a glimpse into our own future — a future ruled by corporations that control deadly and powerful forms of mass manipulation. It is a prediction of what could happen…tomorrow. The Man Who Melted examines how technology affects us and changes our morality, and it questions how we might remain human in an inhuman world. Will the future disenfranchise or empower the individual? Here you’ll find new forms of sexuality, new perversions, new epiphanies, and an entirely new form of consciousness.

Would you pay to “go down” with the Titanic?

In this dystopia the Titanic is brought back from the bottom of the sea and refurbished, only to be sunk again for those who want the ultimate decadent experience. Some passengers pay to commit suicide by “going under” with the ship.

The Man Who Melted has been called “one of the greatest science fiction novels of all time” by Science Fiction Age and is considered a genre classic. It is the stunning odyssey of a man searching through the glittering, apocalyptic landscape of the next century for a woman lost to him in a worldwide outbreak of telepathic fear. Here is a terrifying future where people can gamble away their hearts (and other organs) and telepathically taste the last flickering thoughts of the dead.

A dystopian novel about the near future.  It was a Nebula Award finalist for Best Novel in 1986, and three excerpts, which were serialized as stories, were also Nebula finalists in their respective categories and years.  This is Dann’s best published novel to date.  The Washington Post Book World compared it to Ingmar Bergman’s film, The Seventh Seal.  The original edition is an oversized volume. 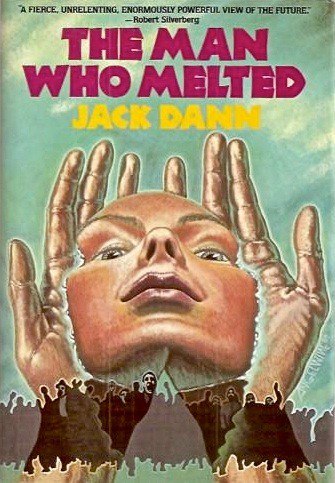 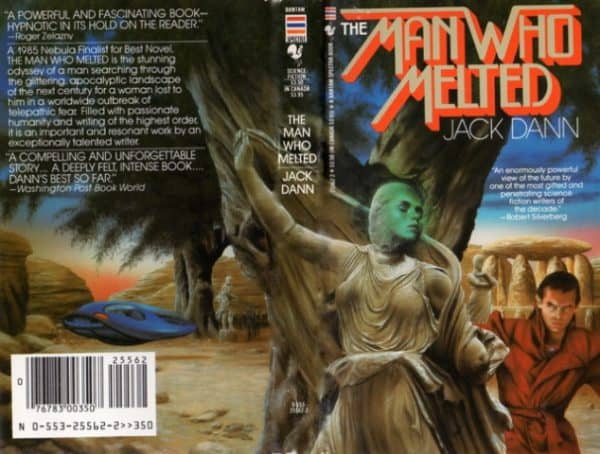 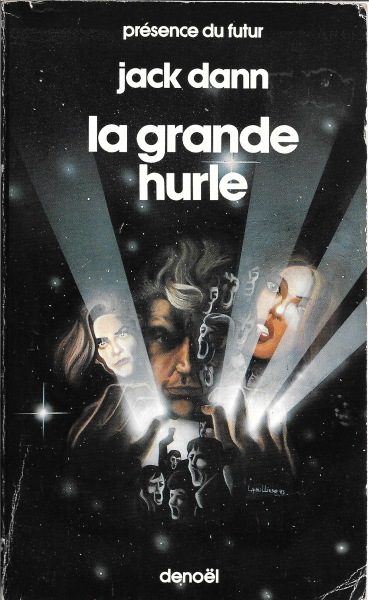 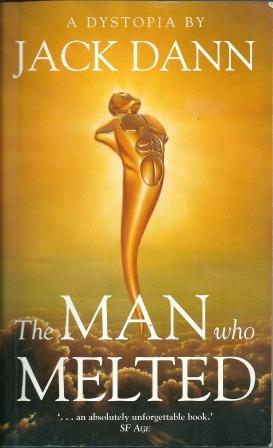 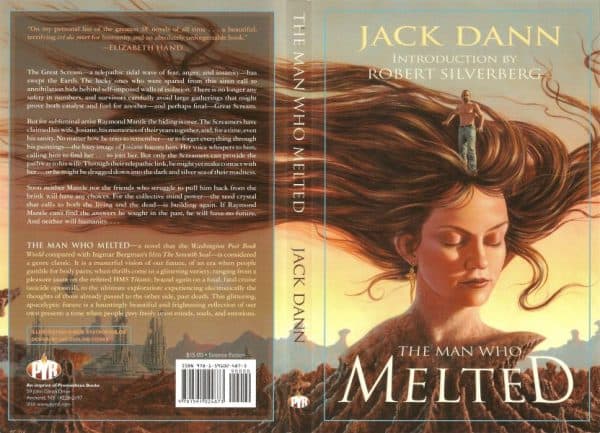 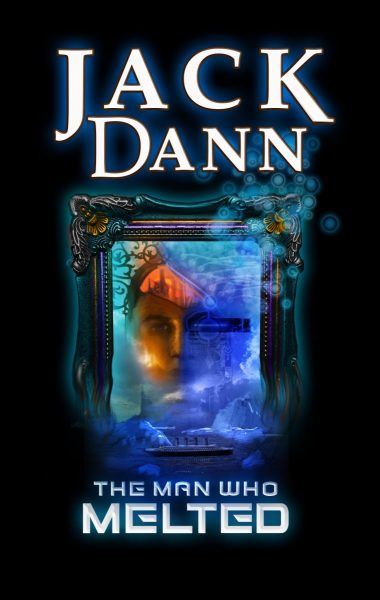 I found Jack Dann’s The Man Who Melted a powerful and fascinating book, a dance of Life and Death in the streets of a swaying Pompeii. Written with grace, subtlety and intense character insight, it is almost hypnotic in the hold it takes upon the reader. I recommend it highly. (Roger Zelazny)

The Man Who Melted is stunning; a dreamlike sinking odyssey of love and redemption that takes the reader through progressive levels of revelation and leaves him at last—as any fundamental work of art must—confronting, almost unbearably, himself. Furthermore it fits in every way Theodore Sturgeon’s three-decade-old dictum for the good science fiction story: a story that could not have happened without its scientific content. As apparatus and vision this novel is climatic; it will, in its way, change everything. (Barry N. Malzberg)

The Man Who Melted is a fierce, unrelenting, enormously powerful view of the future—a compelling and unforgettable story that is the finest work so far of one of the most gifted and penetrating science-fiction writers of the decade. It fulfills the promise of Jack Dann’s magnificent shorter works and makes one look forward eagerly to the books that will follow it. (Robert Silverberg)

Jack Dann’s new novel, The Man Who Melted, is in a way the culmination of the themes he had the unparalleled courage to tackle in Junction and Timetipping. But stylistically and in terms of sheer authorial control, this is his best book, and one that may well be influential, not only in the science fiction field, but in the realms of metaphysics, psychology and in mainstream literature (Science Fiction Review)

This is the kind of novel still all too rare in science fiction, one in which we feel intimate with the characters and involved with the seeming reality of their situation. Dann has written a number of notable short stories. The Man Who Melted is perhaps his best book, and certainly one of this year’s best science-fiction novels. (The Cleveland Plain Dealer)

The Man Who Melted is that rare book in science fiction, a book about something…. This is a deeply felt, intense, finally cathartic book. It is Dann’s best so far. Look for it now, and at awards time next year. If other people don’t know how good this is, I’ll be mighty surprised.
(The Washington Post Book World)

This Jack Dann dystopia is unmatched for anti-Utopian thought-rattling, nerve-bruising impact…. It is a pleasure, in the same way as the self-confronting thrill of riding a 90-degree big dipper is pleasurable afterwards…. It is not only an outstanding piece of writing and a fine exploration of human thought and emotion, but it stands the test of time in futuristic structure. (The West Australian)

Dann’s writing is literate and beautiful; he vividly creates the sense of another time and other ways of seeing. (Terry Dowling in The Austalian)

Dann’s books are characterised by their painstaking research and attention to detail, as well as the quality of their writing and ideas. In The Man Who Melted Dann is at his best, matching a stream of original concepts with powerful, evocative writing. His future dystopia engages the reader from the first page, creating a seamless union between a darkly imagined future and meticulously researched detail from the world we know. Much of the book’s power derives from this unsettling combination, which invites the reader to rethink comfortable assumptions about modern international urban society by viewing it through the distorting lens of defamiliarisation. (Eidolon)

The story and writing are both compelling stuff, and when you consider that it was written at the beginning of the eighties you’ll be intrigued at what Dann has tossed casually into the mix; ordering food over the net (before there was a “net”), Islamic revolts in Afghanistan that catch entire governments in their wake, reporters as loggers and more…

It’s often been stated that Neuromancer laid out the template for the internet and [William] Gibson’s work had tremendous impact on the forming of cyberspace. That’s no doubt true, but no less so than that The Man Who Melted shows us what we’ll find at the end of the information superhighway, and that the real challenge isn’t creating technology, but using it to explore our humanity.(SFRevu)

I can only say it’s high time this little rarity had a chance to find a new audience… It challenges you, not by spinning a convoluted plot or trading in philosophical obscurity, but by the way it flenses the emotions from human experience and lays our most private places bare. It’s an absorbing but often painful trek into the “dark spaces” we conceal from ourselves and those we love. It’s unlike anything else in the genre. (SF Reviews.Net)

Longtime science fiction fans who enjoy rediscovering truly visionary classics like Dann’s The Man Who Melted should also check out Pyr reissues of George Zebrowski’s Macrolife and Robert Silverberg’s Star of Gypsies. All three novels more than adequately support the curmudgeonly claim that they just don’t write ’em like they used to. (Barnes & Noveble.Com Explorations)

Dann is a deep, detailed thinker who shows no fear when it comes to following the strands of the possible wherever they might take him; the 22nd Century world of Raymond Mantle, a gifted painter who creates imatges rife with subconsciously registered images, is dark like a noir film—which is fitting, given the mysteries and the dangers Mantle faces—and bright like a supernova, with all the attendant risks and terrors. Indeed, though this novel was first published 25 years ago, there’s a certain brightness and sagacity about it that makes The Man Who Melted seem like it might have been written last year—a version of the Internet is commonplace for commerce and communication, amoral and sensationalistic reality programming has taken over the public’s appetites for culture, advertising has proliferated into new levels of deceit and manipulation, and Islamic fundamentalism has become a powerful force on the global stage, wielding a crippling, forcible influence over the world’s nominally democratic nation states…

Dann has packed so many surprises into his novel that by the end, the reader feels whole new colors on the spectrum of motive and emotion have been revealed. Organ gambling, futuristic modes of sex, and the jaded lack of any sense of hope or future that has a world audience watching a recreated historical tragedy (complete with thousands of consensual deaths) all play major roles in driving the story and setting the tone. This complex, multi-layered novel engages you twice: first, searingly, as you read it and then, later and more profoundly, as you replay its subtle warnings and prognostications. Like Mantle’s own subliminal paintings, Dann’s novel requires that you look, then look again, to appreciate everything he’s put into its creation. (Edge Boston)

Virtually every single image that the author drew in this book, where the connection is not direct, is symbolic in some meaningful way of one of his themes… Dann tells his story fully, with nothing extra or omitted…the settings are marvelous, the characters are rich, have personal flaws and contradictory personalities and change as they learn, and the plot is interesting. My advice is to seek this one out, and since it was recently reprinted by Pyr, it should be easy enough to find… (Omphalos’ Book Reviews, Hong Kong)