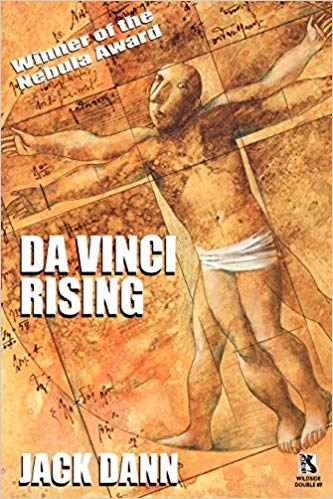 Winner of the Nebula and Ditmar Awards!

In the tradition of the old “Ace Doubles” (flip one book over to read the second title)–here is the ninth Wildside Double: DA VINCI RISING, by Jack Dann Imagine what would happen if Leonardo da Vinci–the Albert Einstein of the Renaissance–was actually able to build and fly his fabulous flying machine. In this marvelous story of high political intrigue, danger, adventure, and ethical dilemma, Leonardo faces the difficult and dangerous consequences of what happens when you try to turn dreams into reality. Winner of the 1996 Nebula Award! THE DIAMOND PIT, by Jack Dann The magazine Ideomancer called this tale an action story, a moral meditation, and a critique of pulp heroes that takes place “against the backdrop of early airplanes, kidnappings, ragtime piano, spectacular chateaux, Faulknerian histories, elaborate gardens, romantic interludes, catacombs, battles, infidelity, and cold-blooded murder.”

“The Diamond Pit” won the Ditmar Award and was a finalist for the Aurealis Award, the Nebula Award, the Hugo Award, and the Locus Award.