Dreaming in the Dark 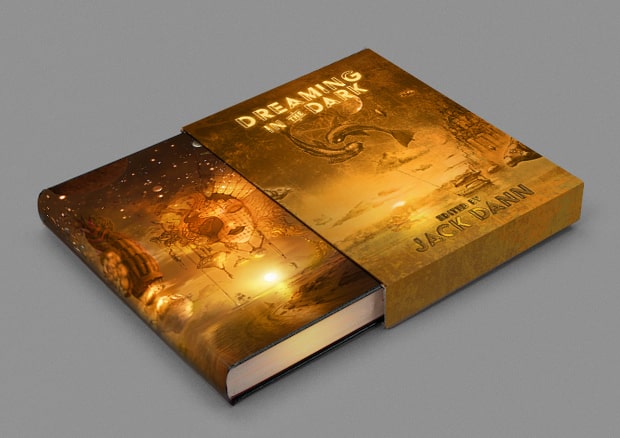 Winner of the 2017 World Fantasy Award for Best Anthology

“Dreaming in the Dark will especially appeal to two groups of readers–those who love words themselves, and those who want an enticing sampler of work by some of Australia’s most talented working writers.” (Locus)

Dreaming in the Dark, an original collection of some of the best genre fiction being written in Australia. It is a celebration of Australia’s current Golden Age of science fiction, fantasy, horror, and magical realism. Jack Dann—the multi-award-winning author and co-editor of the classic Dreaming Down-Under, the anthology that “has been credited with putting Australian writing on the international map” and the first Australian book to win a World Fantasy Award—has collected a wonderfully eclectic range of short fiction that showcases what our best fantasists are doing right now at this genre-bending moment in time.

As Dann writes in the introduction: “It’s said that one of the characteristics of a good editor is the ability to read out of his or her comfort zone. Well, I can only say that every story in this volume is here because it made me nervous, made me laugh, scared me, made me think, reconsider, or just plain blew me away: i.e. knocked me out. And many of these stories are definitely out of my comfort zone. My response: ‘Oh, joy!’”

Here you’ll find both new and favorite authors, all masters of their craft. Here you’ll find Garth Nix dishing up the dirt on those pesky superheroes, and Sean William’s will show you the that matter transmission is more frightening that you ever thought possible. Paul Brandon will explain the nature of fallen angels and love while James Bradley dreams about Mars and the fate that awaits all cultures. Discover hot new writer Rjurik’s Davidson’s world of ice and betrayal and Terry Dowling’s melding of graffito with the art of magic. Lisa Hannett will give you a glimpse of the mating rituals taking place on an alien world, and Jason Nahrung will show you an Australia you’ve never even dreamed of; and in case you’re interested in discovering the shape of eternity, take a trip to Adam Browne’s “Liquid Palace” and the tiny eyeship sailing within. And the fabulations by featured writers Kim Westwood, Sean McMullen, Angela Slatter, Richard Harland, Venero Armanno, Rosaleen Love, Alan Baxter, Anna Tambour, Janeen Webb, Kirstyn McDermott, Kim Wilkins, and Simon Brown will amaze, terrify, make you see the world under new lights, and carry you away to new realms of experience.  So welcome to the undiscovered worlds of some of the most talented authors working in Australia…authors who are making the rules…abiding by the rules…breaking the rules.