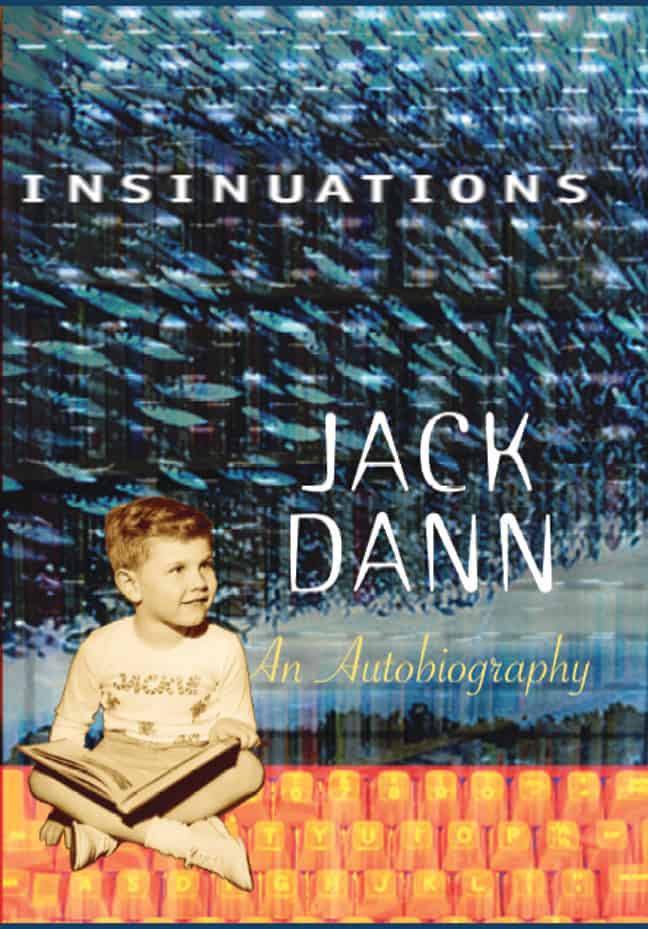 Jack Dann, one of SF’s most versatile and esteemed novelists, short story writers, and anthologists, has led a complex and fascinating life–after surviving the brutal tensions of military school and a months-long near-death experience in a hospital’s terminal wards, he embarked on the life of an author in the full swing of the Sixties, finding his voice amid momentous social unrest, the creative ferment of New York and the genre New Wave, and turbulent personal loves and friendships. Insinuations, both autobiography and meditation on memory and the changing self, reflects these rites of passage in fascination detail and mesmerizing prose.

Recorded here also are many compelling later episodes from Dann’s extraordinary career–his comradeship and literary collaborations with such eminences of SF as Gardner Dozois, George Zebrowski, Barry N. Malzberg, Michael Swanwwick, and Jack C. Haldeman II; his rapid climb from journeyman writer to bestselling master novelist; his deep immersions in the Renaissance, the US Civil War, and his own past as he researched and constructed his well-known cross-genre masterpieces; and his decision, momentous both for himself and for SF, to start a new life in Australia, where he has become an influential and popular figure on the speculative fiction scene.

Insinuations is one of the finest memoirs yet to emerge from the SF community, essential reading for anyone interested in the genre’s history and its innermost creative processes.